From our humble beginnings as a solid bicycle tire manufacturer over 147 years ago, Continental has continually been involved  in the development of cutting edge technology. One segment of tires that Continental prides itself on for continuing this tradition of excellence is motorcycle racing tires.

The ContiTrack is a newly developed slick tire for track days and amateur racers. Engineered and manufactured in Germany for racing applications, the ContiTrack is not street legal (NHS). The ContiTrack offers sustainable performance together with higher durability. A new carcass construction offers a significantly greater braking stability, precise turn-in and noticeably better corner exit traction.

The ContiTrack is offered in several compound variations, adapted for Supersport and Superbikes: 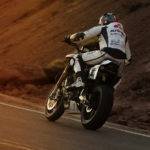 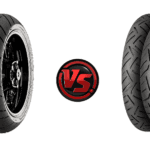 Explore the main differences between Continental’s ultimate sport tires and find out which one is right for you Let’s compare ContiSportAttack 3 VS ContiRoadAttack 3. These two halo sport tires can be compared by looking at their technologies, capabilities and proper bike designation. Straight away, it must be said that the Sport Attack 3 is the […]

Tell us about your experience, Don:

When my friend Scott asked me to demo some new tires, I was little bit skeptical.

Tires are such a personal choice, and there’s an almost superstition surrounding which tires to use on the track. Now I’ve run Dunlop’s, and Pirellis, and back to Dunlop’s, going with the current fad. But in 20 some years of track day riding and racing, I’ve never even considered any other brand.

My response to a set of free trial tires was, as you would guess, “Hell yeah!”

I had only done a few track days since moving from the moto-mecca of Portland in the great Pacific Northwest to California, land of sunshine, lane splitting and avocados. In fact this would only be my third day at T-Hill east. Thunderhill raceway is a lovely flowing three mile, 15-turn track in rural northern California. And, it is only about one hour from my home in Sacramento.

The pressure was on to demo the Conti’s and gets some real solid feedback. Who can pass up free tires?! Today, that guinea pig was me. Nightmares of high-side induced crashes haunted me all week. Tires are big deal, and most of riding fast is mental too. I mean, even if I crashed for some other reason, the tires would always be the reason. So I had better not crash.

This was also my first Track day with Cali Track days and their $100 special targeted at new track riders. Its geared mostly toward those new to the track, and the marshals are very friendly and knowledgeable. The day started out cold and windy, about 55* but warming quickly. I hurried to get registered, teched and get the bike on warmers. I wanted to be able to hit the first session up to temp. I went with the recommended PSI specs from Continentals website, strangely enough, the exact same pressures as the Dunlop slicks…hmmmm. Too easy.

I set the Conti Slicks initially at 21 and 23 PSI, but after an hour they were nowhere near the 31 and 33 recommendations. I added a few pounds and kept checking them.

At the 5 minute call for the first A session (they call it B+) I was a pound or two below recommendations. Took it a little easy the first session, but the tires felt fantastic. Still bedding in new rotors after all. But from the Conti’s, no squirm, no wiggle. Controllable under braking, etc. They felt really good. There is a seam in the pavement in Turn 7 that the Q4s struggled with. It was always very evident and sucked the confidence right out of me. On the Conti Slicks, however, there was no issue, I didn’t even feel it. As the day warmed up, the tires warmed up a little, and I ended up letting a pound out later on, to keep them at 31/33. I checked them after every session, and again at the end of lunch, and they remained consistent.

I was not nice to the tires. I ride the BMW exclusively in “slick mode” with ABS “on”. I purposefully entered corners hot, ham fisted out of them, etc. I tried to get the Traction Control to flicker. It wasn’t until the last session that I started to get some TC and ABS action. Riding the big BMW is fun but challenging. T-Hill on the BMW is essentially a 3rd gear track. Out of hot pits, its click, click, click into 5th and left for T1, exiting T1 at about 8k rpm. (I really should be in 4th gear I think.) Then its T2-T4 in 5th, (or 4th,) downshift into 3rd at the top of the hill for T5.

Then its 3rd down the hill, around T6, and wide open through T7 and T8 up to redline usually and about 140 mph, (sometimes knee down in T8) up across the seam aiming for cones, up the hill into T9, cresting the hill in 3rd managing the wheel lift, down the hill turning hard left into T10. T11 is IMHO the most technical corner, a sharp left before a semi-chicane of T12, and then T13 onto the back straight. Out of T13, its WFO in third, as the front wheel begins to leave the pavement at about 135, I roll off and set up for the long right hand T14 and T15 (which if done right is just one long corner), exiting onto the front in third gear…and do it all again, reaching over 155 in 5th gear before braking for T1 all over again. 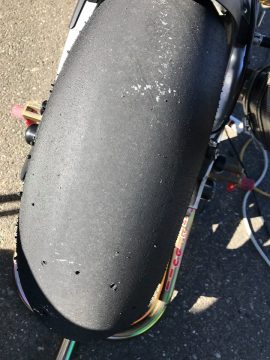 Until the last session of the day, the Conti’s showed no wear at all. A little balling of rubber on the edges, but no significant wear. The last session, there was a crash just as the track was to go green, so we ended up sitting on the grid for a god 10 minutes. Tires cooling with each minute. When we did get out, I got the chance to chase one of the top AFM 300 cc race kids around. I settled in behind him to match his lines to see if I could learn anything. I shadowed him for two laps before squeezing the big BMWs power tap and leaving him in the dust. I did stay right with him in the corners though, which I felt was something, considering my bike weighs about double his!

At the end of the last session the Rear Continental had some cold tearing. Likely a result of the hard charge after sitting on the grid. I had a little TC flicker in T13 and some ABS entering T1. Otherwise, the Continentals worked fabulously.

If these were available, I’d likely run them. They felt really good. They didn’t seem to compress under acceleration like a stiff carcass Pirelli, and didn’t tear like I often see with Dunlop’s. I think they are a very solid tire choice for anyone’s track day experience. Time will tell how long they last, but even with the brutal big horsepower of the BMW, they held up phenomenally well.

Special thanks to Corey and Toni from Some F’ Shop and Bill Schaeffer from Cali Track Days.

ContiTrack tires can only be purchased through authorized Conti Race Tire distributors. 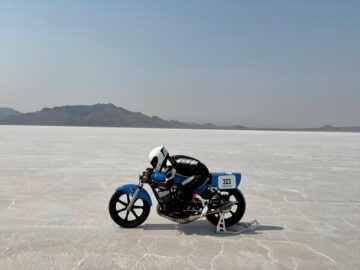 128.344 mph on their first speed trip to Bonneville! Inspired by the movie, World’s Fastest Indian, Grady Chance, Alvin Mendez and friends from Lakeland Motorcycle Parts in Lakeville, FL took a trip to Bonneville Speed Weeks a couple of years ago to see what it was all about. The guys were surprised not to see […] 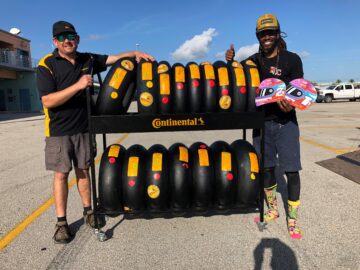 It’s No Longer a Secret: Continental tires for road racing and track days 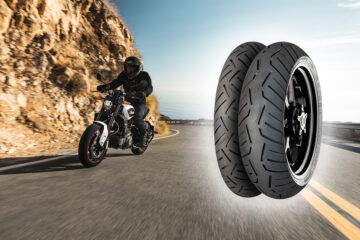 6 amazing motorcycles that fit the ContiRoadAttack 3 in 2021

All amazing, all different One of the most successful tires in the Conti catalog is the ContiRoadAttack 3. We’re pretty sure that its versatility is the most important quality that users admire. Unlike other tire models, such as the TKC 80 (off-road) or the ContiRaceAttack 2 (track only), the CRA 3 has broad options for […] 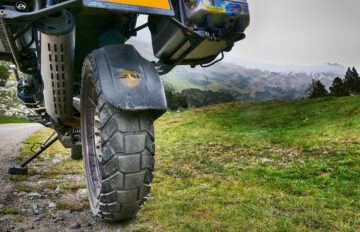 Storytelling: “8.700 miles of satisfaction with the TKC 70 Rocks”

Journalist puts TKC 70 Rocks to test If there’s one thing we like to hear at Continental, it’s your experiences and opinions, especially when they come from adventurers like Quique Arenas, the director of the Spanish magazine Motoviajeros. Arenas, who rides his BMW R 1150 GS Adventure with Continental TKC 70 Rocks, has put our […] 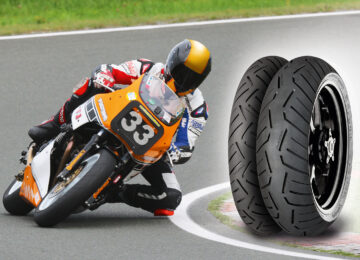 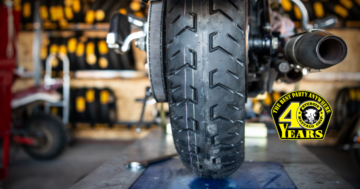 Come to the 2021 Sturgis Buffalo Chip with ContiTour, see you all there!

ContiTour, official tire of 2021 Sturgis The 2021 Sturgis Buffalo Chip, scheduled for August 3-15, is just around the corner. The “Best Party Anywhere,” is literally one of the big events in the world that combines music and the best motorcycle atmosphere imaginable.  If you love custom bikes, choppers, baggers, cruisers and even roadsters, you […]