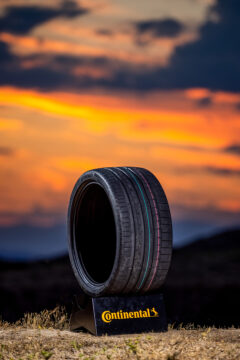 Continental began its journey in 1871 in Hanover manufacturing bicycle tires. 150 years later, the German company has offices around the world and a team of thousands of professionals who have made it a benchmark brand in the car, truck, motorcycle and bicycle tire sector. Each of its departments is made up of scientists, designers and engineers who are dedicated to inventing, developing and testing new formulas with the aim of creating high-performance, long-life and, above all, safe tires.

Among its latest successes is the Black Chili compound, the formula that connects motorcycle, car and bicycle tires and has been a revolutionary step forward for the German company. Due to its complexity, the Black Chili compound is manufactured exclusively at Continental’s factory in Korbach, Germany, and although its production is an undisclosed secret, we can say that it inherits technology from Silica and a new generation of Carbon Black.

So what is so special about this compound? Well, the main challenge for Continental’s engineers is to get the most out of the three main areas involved in the performance of a tire, without affecting the performance of the others. We are talking about grip, rolling resistance and mileage. In other words, until now, a compound that offered the highest level of grip wore faster and performed more slowly, or on the other hand, a compound designed to perform at higher speeds or with greater durability, had reduced grip. With the introduction of the BlackChili compound, this concept has completely changed. 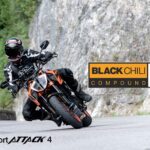 For Use in Car, Bicycle and Motorcycle tires. 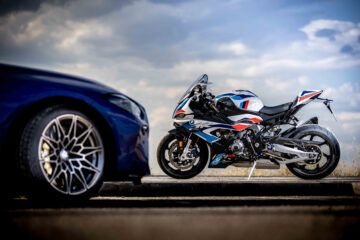 Continental tires with this technology have 30% more grip, 26% less rolling resistance and a 5% increase in mileage. It is also important to understand that BlackChili is not a single compound, but is adapted to each tire model to which it is to be applied. As mentioned above, BlackChili is present in car, bike and motorcycle tires, giving each of them unique and customized characteristics.

In the bicycle sector there is one factor to pay special attention to: rolling resistance. Every pedal stroke counts in the efficiency of movement, and the BlackChili compound not only has that added grip, but because the points of contact with the pavement are more efficient, it allows higher pressures that minimize tire deformation, so it taked less effort to roll. The elite of professional cycling have been relying on this technology for years: Geraint Thomas and Team Ineos have been using BlackChili’s Competition Pro LTD tires in the Tour de France, while in the latest edition of the same competition, 6 of the 22 teams have used the BlackChili compound in their tires. 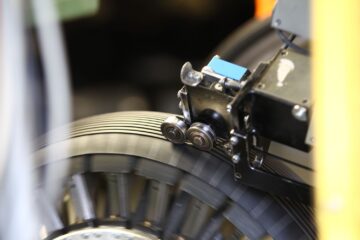 In the car department, on the other hand, we see reduced braking distances because the contact patch works more efficiently and more points of contact with the ground helps to bring the vehicle to a stop. In this way, drivers can enjoy maximum grip during acceleration, cornering and braking on wet roads or be it on wet roads. The BlackChili compound is present in the SportContact 6 model, a super sporty tire for the high-performance segment that has taken a step forward in handling, steerability, and high-speed adaptability.

The latest to introduce BlackChili in its tires is the motorcycle segment, which has included the compound in the ContiSportAttack 4 and ContiRoadAttack 4 sport tires, reducing warm-up times, shortening braking distances and improving grip in both dry and wet conditions without reducing tire life. Also available in BlackChili are the ContiRaceAttack 2 Street and the ContiRaceAttack 2 specific for those who love to ride on the racetrack. 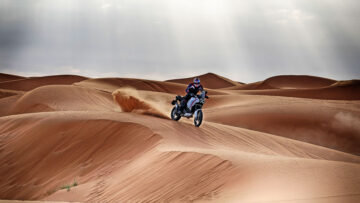 TKC 70 Rocks Put to the Test in the Desert: Spectacular Photos!

By Motoviajeros Magazine It is nothing new to say that the TKC 70 Rocks are the best trail tires we can find in the market. Nor is it a novelty that they are the favorite tires of adventurers. What has left us speechless are these incredible photographs provided by our friends at Motoviajeros. It is […] 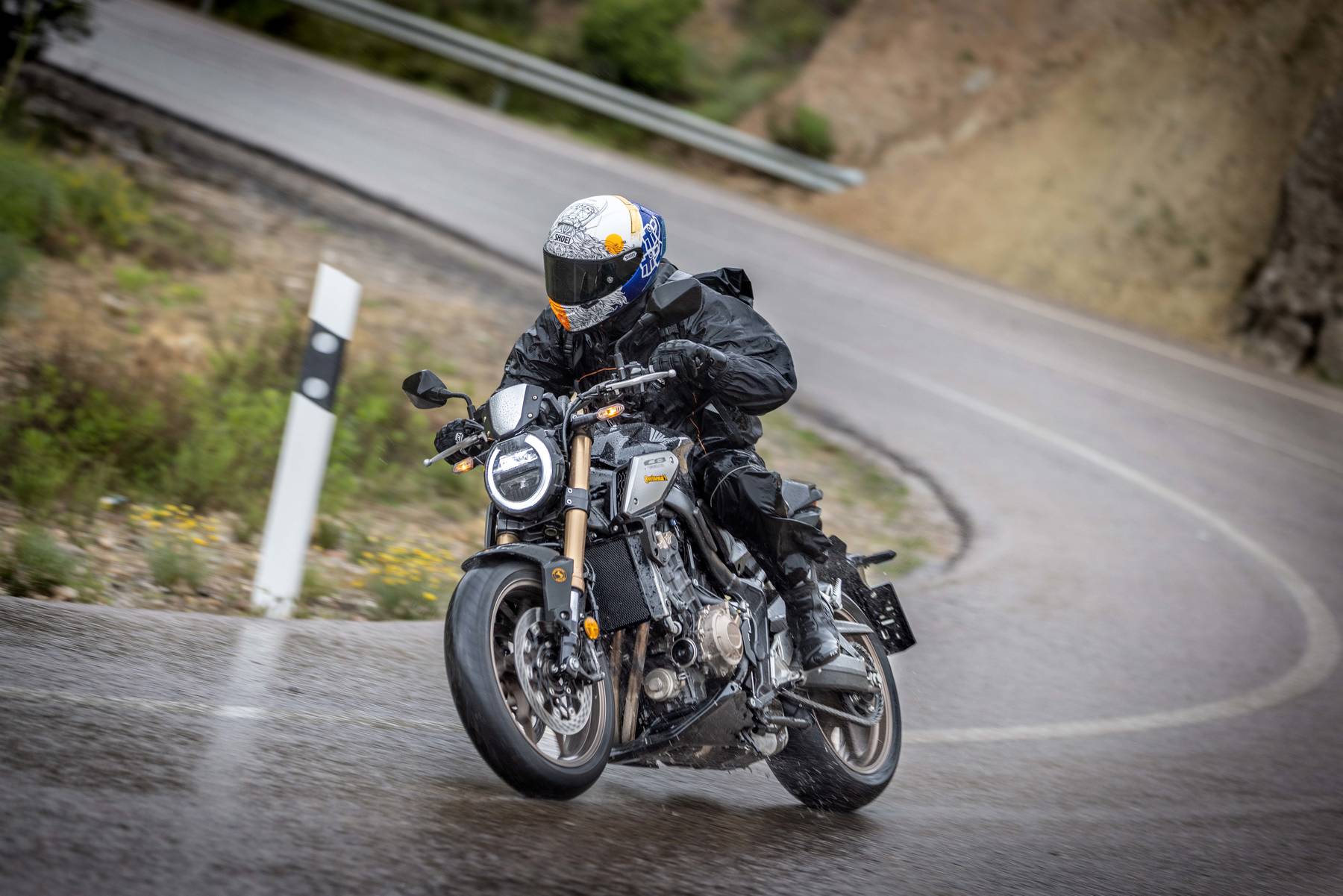 Continental Tires, Maximum Safety in All Weather Conditions, Even in the Winter

Technology As a Means of Safety Continental knows that for many of you bad weather is no reason to leave the motorcycle parked, so we prepare our tires with the necessary technology to face rain, wind or freezing temperatures. The engineers working every day in the R&D department at the factory in Korbach, Germany, have […]

7 Most Interesting 2023 Motorcycles and Their Recommended Tires

Motorcycle Novelties 2023 The year 2023 is here and with it all the most exciting motorcycle novelties. During the last few months, brands have been presenting their bets for the coming year, models full of technology and maximum performance. Little by little, these bikes are arriving at the dealerships, and as we know that so […] 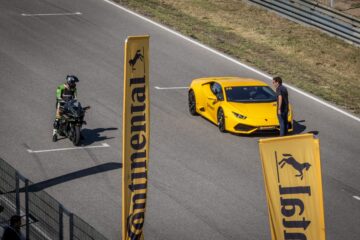 Races Between High-End Cars and Motorcycles A few weeks ago we told you all about the ‘Universo Continental‘, an event that was held at the Jarama Circuit in Madrid and which welcomed more than 800 people, including customers and press. It was the biggest and most relevant event in years and all the brand’s novelties […] 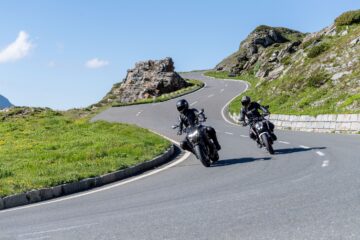 More Than Tires: Motorcycle Connectivity Without a Smartphone

Continental’s Future Is Already Underway Those of you who read our blog frequently will already know that Continental goes far beyond tires, for those of you who don’t, let us bring you up to speed. Within the company there is a very important department that develops electronics and safety systems for motorcycles. Within the motorcycle […] 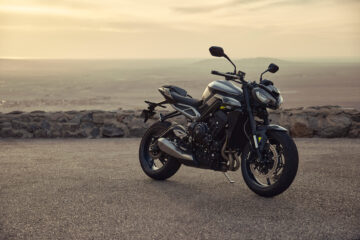