ContiRoadAttack 2 CR: Racing is in our DNA

His machine for this event was a 1968 Honda CB350 in the sportsman 350 class. According to the time sheets, Henning was flying when compared to the competition. His confidence was so high that after entering the Sportsman 350 class, he also bumped himself up into the Sportsman 500 class on both days. He won all three sprints and did it all on Continental’s ContiRoadAttack 2 CR (CR stands for ‘classic racing’) tires, which are rapidly becoming a popular choice in vintage racing around the world.

Raised at the track and son of a racer, Henning’s passion for motorcycle and racing quickly grew to become his career. When he is not on the track, Henning is executive editor at Motorcyclist Magazine. You will probably recognize him from Motorcyclist Magazine’s YouTube channel, as he is one of the main hosts. As a motorcycling journalist, Henning has had the opportunity to ride in plenty of the world’s finest tracks, but Sonoma remains his top pick. “Sonoma is one of my favorite tracks on the planet” said Henning. When asked about why this was his top track, Henning said, “Sonoma is extremely technical, with lots of elevation change and trail braking, it’s a tough track, which is part of the reason I like it, but you really need your bike to work well.” 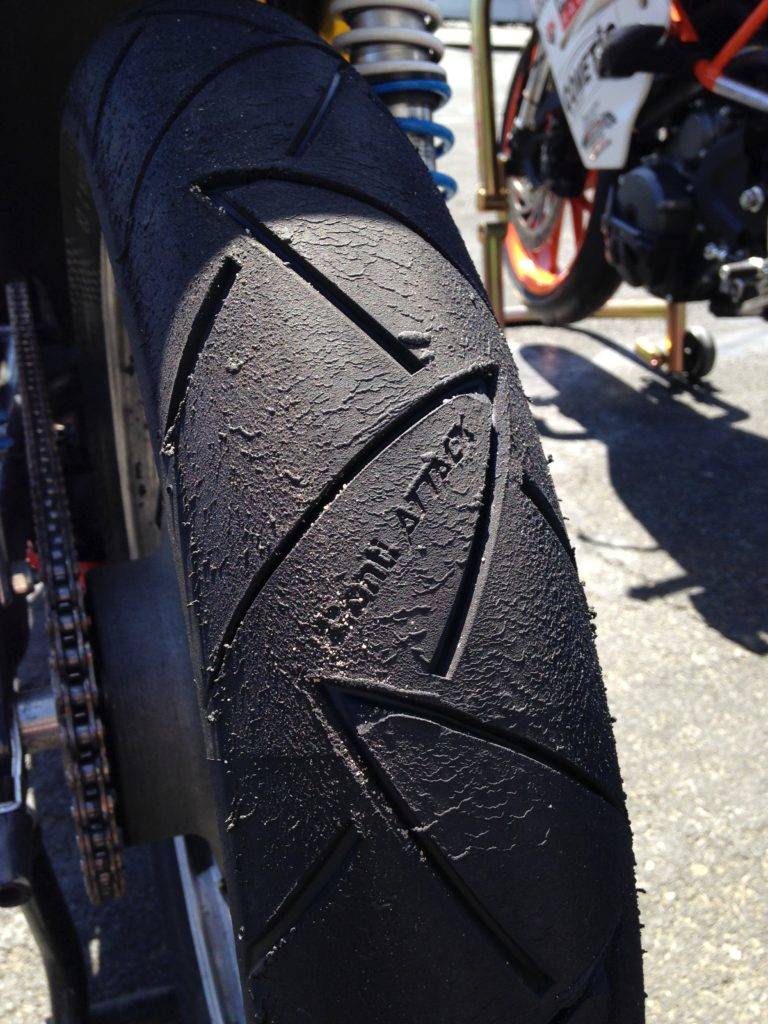 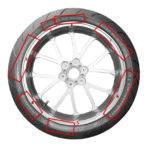 “My racebike was actually my father’s before me,” said Henning, “and he always raced on bias-ply tires. When I started racing the bike I realized that my riding style taxes the front tire a lot more, and I was suffering from really bad front-end chatter. I switched to Continental and the chatter went away, and of course my lap times went down! The radial carcass is softer so it really helps the suspension and chassis on these old bikes. The grip is fantastic. I was the first person to try these tires in the US, and now you can look around and see them on lots of bikes in the paddock”. As it turns out, the three top finishes in the Sportsman 350 class were all on RoadAttack II CR.

Henning won AHRMA’s 350 Sportsman and 500 Sportsman championships in 2009 aboard his CB350. Unfortunately now, he only races his vintage bike occasionally. “It’s a lot of work to keep these old bikes running, so I only race once or twice a year for the fun of it. And I always try to make the Sonoma round, simply because I love the track so much”, he said. 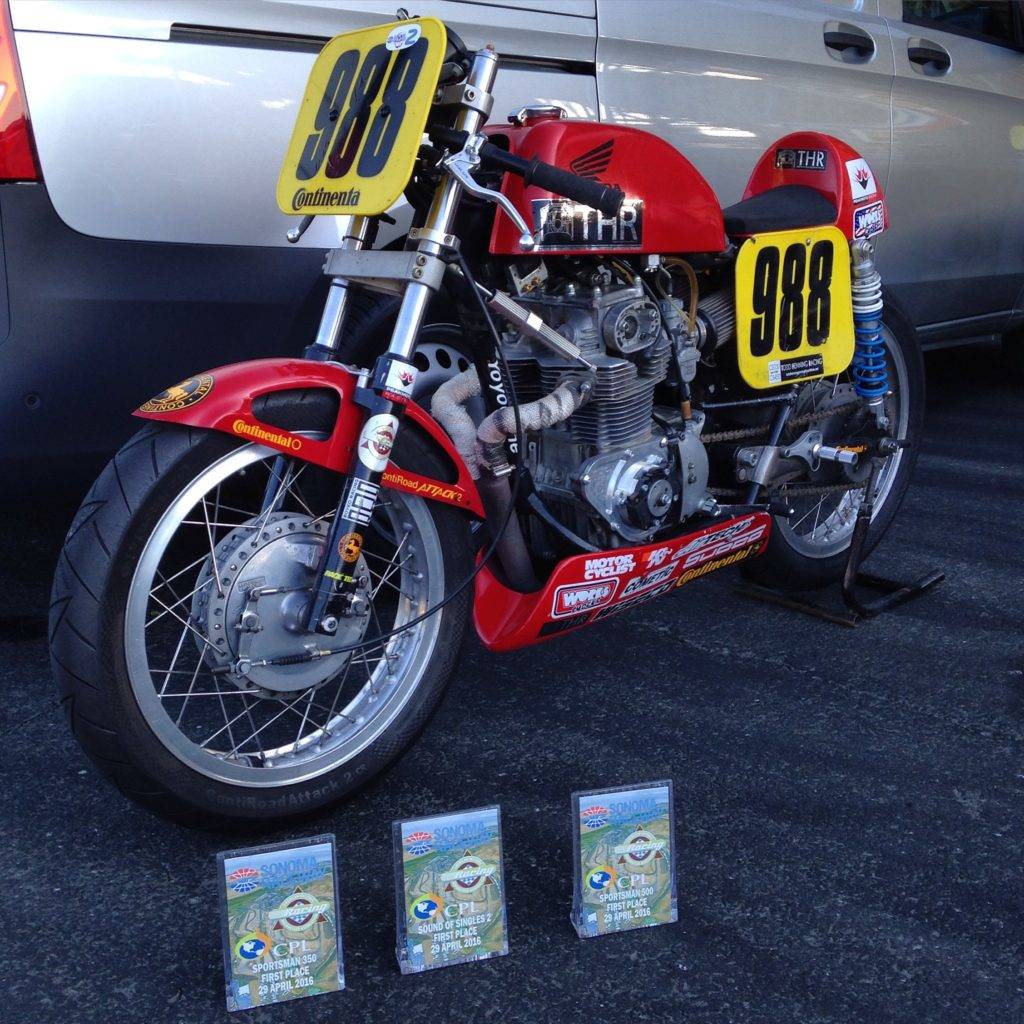 Henning is looking forward to another AHRMA’s return to Sonoma soon. The ContiRoadAttack 2 CR proved to be a winning tire. We are sure Henning will be riding them again when he goes racing to have the best chances of winning. “The tires certainly have the performance,” said Henning, “so that means it’s just on me to ride well!” 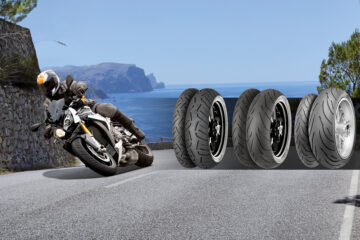 Discover the most versatile motorcycle tires in the Sport-Touring range All motorcycles in the Sport-Touring segment have one thing in common: versatility. They can be sporty without sacrificing comfort.  These bikes aim to satisfy the user who demands equal enjoyment on the road and efficiency for everyday life. People with a sport-touring bike need tires […] 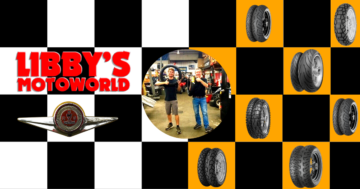 Libby’s Motoworld – Keeping it in the Family

Checker Taxi Cabs to Powersports Libby’s Motoworld in New Haven, Connecticut is a rarity in today’s Powersports business world. As more and more family-owned and operated dealerships are bought out by corporate groups, Libby’s remains family-owned. In fact, the Libby family has operated the business for over 60 years and 4 generations! Originally established in […]

Journalists Put the ContiRoad to the Test The ContiRoad is the latest tire to join Continental’s catalog in the sport-touring segment. It’s versatility encompasses decades of engineering developed at the Korbach plant in Germany, making it one of the most technologically advanced tire options for mixed urban, sport and tourism use. To test the performance […] 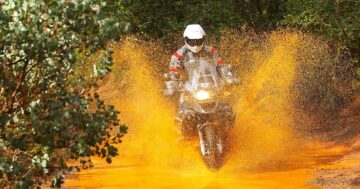 Motorcycles to Mountain Bikes and everything Continental If you’ve spent any time reading motorcycle publications or watching motorcycle television shows no doubt you’ve heard of Neale Bayly. If you haven’t heard of him, then it’s time you met the man with the “world’s coolest job”. Born in England and currently residing in Charlotte, NC, Neale […] 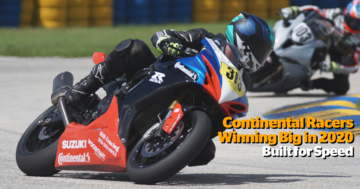 Motorcycle Race Winners Choose Continental | Built for Speed Motorcycle racers across the USA and Canada sporting ContiTrack Slicks and ContiRaceAttack 2 tires have been winning big on the track. 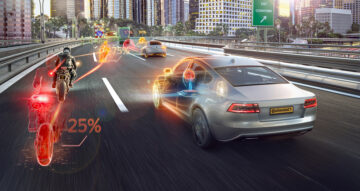 Zero accidents, zero fatalities It is time to put the road accidents into a museum. This sentence could summarize the goal of VisionZero, the Continental’s initiative to achieve zero casualties, zero injuries and zero accidents. Motorcycle design advancements and new technologies allow driving and riding with more safety and efficiency. Driving assistances or premium tire […]