Park City, Utah was the location picked for the 2018 KTM Adventure Rider Rally and it couldn’t have been a better choice. This was KTM’s 15th running of this famed ADV Rider Rally. Each year, the location is moved around from one beautiful riding location to another. In fact, KTM organizes ADV rallies in several locations around the world in such places like Canada, New Zealand and Swaziland! KTM is known for producing excellent adventure motorcycles. The KTM adventure rider base has grown considerably in the last few years thanks to KTM’s great products and events.

The state of Utah is one of the most scenic states in the USA. It has gems like the Zion National Park, Arches National Park, Lake Powell, Moab and the Uintah mountains…just to name a few! Park City is a historic mining town known for its great ski resorts and Sundance Film Festival. Park City is growing fast and fancy as the world’s 1% has identified it as a desired destination as evidenced by the many multi-million dollar mansions that dot the landscape.

The actual center of the Rider Rally was in the parking lot of the Deer Valley Ski Resort – one of two ski resorts in the nation that don’t allow snowboarders. The setting and backdrop couldn’t have been more perfect. September in Park City is absolutely beautiful. The weather was perfect with day time highs between 70-85 degrees. The region has many hundreds of miles of mountainous and high desert terrain that will spoil even the most experienced adventure rider.

Two of the KTM Factory trucks set an impressive outline against the backdrop of the Deer Valley Ski Resort. KTM teamed up with over 25 vendors displaying and selling the latest in adventure gear. There were many KTM ADV bikes to demo including some of their street bike selections like the Duke 1290, 390 and the new 790!

Over 150 riders that participated in the Rally and there were many events and rides to entertain and challenge all of the riders. There was definitely and international flavor as I met riders from Europe, Australia and Brazil…not to mention even a couple of riders from New Jersey…which is like a foreign country….lol. There was a large white tent erected to serve meals to all the riders which was catered by the Deer Valley Resort. The participants were definitely well fed.

The KTM Adventure Rally riders put a lot of miles on their bikes in all kinds of terrain and Continental was there to answer their tire needs and concerns. We teamed up with Edge Powersports to show and provide the riders with the best in adventure tires. On display were the famous TKC80, TKC70 and the ContiTrailAttack2 – which represents “something for everyone” in the adventure world and the #1 Adventure tire in the world…the TKC80.

The Conti TKC 80 was definitely the tire of choice as many riders showed up with them on their bikes. Many other riders had them installed at the Conti/Edge Powersports booth. Rob kept busy on his tire install machine and balancer most of the day. The TKC80, in fact, does come stock OE on the KTM 250/450 EXC, the 1090 R and the 1290 R. The TKC 80 was so popular at this event that over 40 sets of TKC 80 s were sold and some even turned away as we plum ran out.

The KTM Adventure Rider Rally 2018 was a fantastic professionally-ran event that was fun and informational. Somehow KTM was able to bring together all the rider cravings for an awesome day. Adventure riders got to ride on new trails, see new sites and make great new friends. KTM is a world-class motorcycle and they put on a world-class event. If you missed this year’s event, don’t miss next year’s KTM Adventure Rider Rally. You won’t regret it!

For more details on the rally, read all about it here. 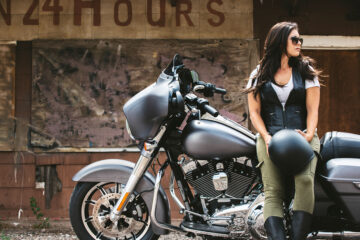 Why is it important to consider the seat height? If you are familiar with tests or information about motorcycles and scooters, you will have read about seat height. It is usually measured in inches, and it is an important factor when choosing your next motorcycle or scooter. Some may think that a few millimeters won’t […] 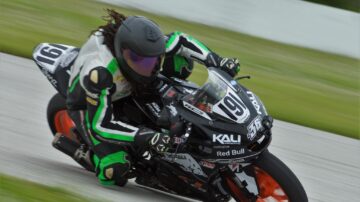 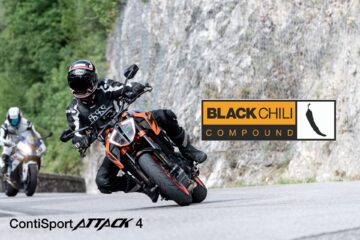 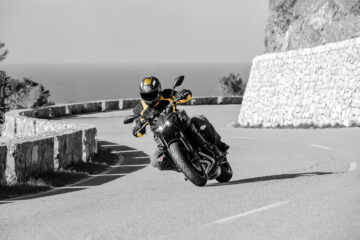 Long life for your Continental: performance and durability is possible

Performance of Continental Tires The life span of a motorcycle tire is hard to predict due to the many variables is roads, riding style, motorcycle specifications, etc. Some tires might offer an excellent tread life, but their overall performance diminishes considerably after a few thousand miles. Continental works hard to ensure that their tires provide […] 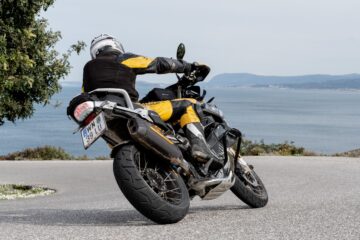 Continental, a point of reference in the development of GRIP technology

Taking care of the safety of our riders Tire grip is crucial for safer riding. Tires are the only contact a bike makes with the road. Furthermore, they are the primary component that hold us upright when riding: so we have to pay a lot of attention to their condition and performance . For over […] 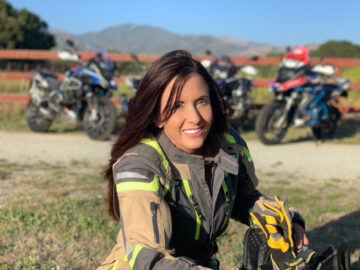